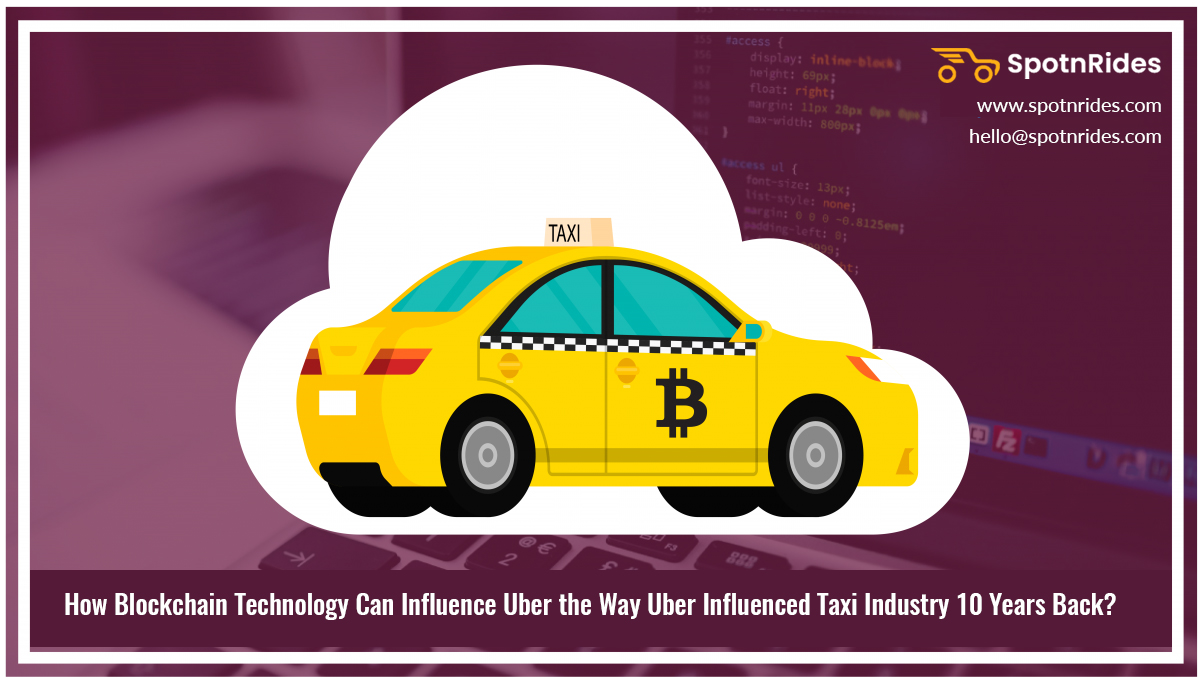 Not until 2009, a major disruption happened in the taxi industry with the entry of Uber. Cab aggregator Uber started in the US city of San Francisco and now it has expanded its operation to many cities globally. Uber is proving cab rentals, bikes, carpooling, luxury cab services to attract customers.

Not to mention, Uber did all this by harnessing the potential of smartphone reach. With more and more smartphone usage, the ride handling industry is expected to grow eightfold by 2030. More than 500 million people are expected to use the taxi by 2020.

Uber so far has received millions of dollars as external funding. Similar to Uber there are many taxi giants like Lyft, Didi, GoJek, Ola operating in many cities. Despite all these, the cab companies suffer a major disadvantage of centralization. They connect providers with individuals in need of their services.

Why Uber is centralized?

All of the infrastructures including servers and software are owned by the cab companies and the mechanism for individuals to transact with one another is controlled by them. In the case of Uber, you submit your request for a vehicle on Uber’s app and your request is sent to the company. Then, they send a vehicle to you and you send them your money. Uber takes care of sending the money to the driver after taking some amount as commission. So, people end up giving a lot of money to the cab aggregators.

Three major problems are associated with this centralization

High fare due to the intervener

As said above, the cab aggregator takes 10-30% of the total fare as commission and gives the remaining to the drivers. So the riders have to spend a lot of money on this.

Taxi companies use things like surge pricing and many other standards that are not understandable by the riders and drivers. This makes the users confused and they do know how these cab companies function.

Safety of riders and drivers

The cab companies have to do a background check for every driver who are getting on-board by spending a lot of money. Also, they have to identify unruly riders and stop from booking a ride next time.

Despite all these measures, there have been cases of crimes.

How blockchain solves the above shortcomings

Before talking about the potential for blockchain to disrupt can operating companies like Uber, we need to pause to take a look at the particular attributes of blockchain that could make it a better solution.

Blockchain provides a decentralized ledger of chained records that is extremely secure since it uses encrypted keys. The data isn’t stored in just one location but it is dispersed across every block in the chain. There is no centralized authority that is required. Drivers and riders could connect directly.

How does it work?

Instead of having a centralized organization acting as an intermediator, everyone who wants to drive others around would attach that piece of metadata to their profile that is part of a blockchain. There would be locations served and other information such as reviews and ratings of the driver that could be added to the profile. Then, when someone books a cab, the blockchain could filter out possible matches and deliver them to the rider who requested a ride. Then, transactions between the driver and rider can be processed on the P2P (Peer to Peer) network.

The driver gets on-board the platform with driving license and other important documents.

As soon as the driver adds all the information, the legal authorities are notified through smart contracts to perform background checks on the created profile.

On the basis of the information gathered by the authorities, smart contracts would trigger the rules to generate the rating for the drivers which can help riders decide if it is safe to take a ride with a specific driver or not.

Similarly, riders would also have to sign up to the platform with necessary information like name, phone number, email ID, and ID proof. The legal authorities would conduct the same due diligence checks for the riders to ensure the safety of drivers as well.

Then a rating would be generated for the rider.

The driver can create a ride with the information including source and destination location using Geolocation, number of available seats and the time of departure.

Information provided by the driver will be stored on the distributed ledger, which is visible to all members of the network.

Once the driver shares the ride information, it can be made available on the search results of the rider’s request. Also, with smart contracts, riders will be able to know on what basis the ride cost has been fixed or decided.

When a rider needs a cab, he/she searches the nearby drivers and books a cab based on the rating, gender, and car type. Smart contracts are triggered to fetch the details of nearby drivers saved on the blockchain.

After the ride is over, the driver, as well as the rider, could have the crypto wallets for the payment of the cab ride.

Benefits of blockchain in cab booking

Arcade city is a blockchain based ride handling company that is giving Uber a run for its money. It is started by a frustrated former Uber driver named David.

Arcade City relies on Ethereum that aims to decentralize not only currency but just about everything. Ultimately, David’s vision is for Arcade City to be an open ecosystem without any executives or board of directors to determine its framework for operation. It has successfully started operations in many cities where Uber and other taxi aggregators are facing the brunt of the people.

Blockchain is an emerging technology which can revolutionize the way many industry works. One example is the taxi industry.  People who are using Uber are fed up with their surge pricing and exorbitant rates that is charged. And also the way these cab companies treat their drivers as mere numbers. Those who want to do away with these and help people and cab drivers can use blockchain based cab company not as a corporation but as a community.

SpotnRides, which is updating itself with latest technologies can definitely help you build such blockchain based cab community which focuses on driver and rider welfare.

If you are looking for a quick response team to clarify your doubts instantly about your new business venture, please connect with our expert team at Whatsapp or write a quick email to [email protected].