On-demand taxi hailing startups grabbed the attention of many. Not to mention its worldwide reach and entrepreneur’s craze for it. On the other side, we can see some riders and entrepreneurs showing apprehensions towards it. I think it is because of some misconceptions and myths. In this blog, I have tried to clear it with good examples. Let us now see one by one.

What are the Myths about On-Demand Taxi Startups?

Surge pricing is ‘on’ even after the peak hours

But, the users have to understand that the surge pricing model works based on an algorithm and this algorithm uses predictive learning to analyze demand. So, when the demand is more, surge fare automatically goes on.

This is contrary to the claim that taxi use surge fare even the demand is low. This is a misconception and one thing that can be done to reduce its effect is the surge price can be lowered.

It is difficult to book a taxi using the app

Some people think that “It may sound easy to say that a taxi arrives at the rider’s location with just a single tap on the mobile, but the reality is different and not all of them can do it seamlessly”.

This notion is totally wrong, using taxi app is foolproof. A new mobile user can book a taxi in the first attempt without any hassles.

Starting from big to small taxi startups, more effort is put into app development. The taxi app development focuses mainly on giving a flawless performance with a smooth user interface. Obviously, using a taxi app with uninspiring design and problematic interface is difficult.

It is unsafe to ride in on-demand taxi

There is a preconceived idea among people that taxis are unsafe. Yes, there are many instances of unsafe taxi rides either because of driver behavior or rash driving. But, at present, unsafe rides are a thing of the past. I can say with confidence that it is only because of the tech advancements that made taxi ride safe.

Hiding user phone no. from the drivers, notification to check taxi plate no. before riding, location sharing to contacts, and panic button are some features to make a safe ride. These features are made with a small tweak in the app solution.

Other major techs like blockchain and data analytics are some reliable ways to check driver background.

This would have been cent percent true 10 years back. Back then, Uber came and changed the face of the taxi industry. People also accepted it graciously because earlier dispatch system was inefficient and tiresome to use.

Another reason for the transition to dispatch system is decentralization of work and more profit margin. Nevertheless, the craze for on-demand taxi never seems to fade anytime soon.

Other than cash, nothing else will be accepted

Surely, drivers do take cash but that doesn’t mean only cash will be accepted. Most apps have integrated payment gateway and card payment system in it. So, users don’t have to worry about it. Some startups are accepting only cash payments which is only going to hurt them.

Another advantage of digital payment is the money will be directly transferred to the driver’s bank account. Cryptocurrency payment integration is underway but it takes some time to make it mainstream.

On-demand model itself was born out of serious innovation and most of this century’s disruptive technologies were used in it. Data analytics, Artificial Intelligence, Machine learning, IoT, and many more find predominant applications in the transportation sector.

New techs emerge and existing ones evolve, this is the reality. So, same as technology, its applications also need to evolve and update constantly. In simple words, innovation never ceases in taxi startups and gaps are filled then and there.

These myths are especially there for entrepreneurs who look to enter the on-demand taxi space. I hope all the preconceived notions are busted with good explanation in this blog.

Also, take a look into SpotnRides – taxi app solution for new starters. Some of the above said myths may be true for some taxi apps, but certainly not for SpontRides.

We painstakingly developed this from scratch keeping in mind the need and future requirements. Our app exhibits stellar user interface with features like location sharing, mobile no. hiding, and unparalleled UX.

Our team also has a pre built dispatch system which can be tweaked to suit any scenario.

For more details, tap a message to [email protected]. We are looking to hear from you. 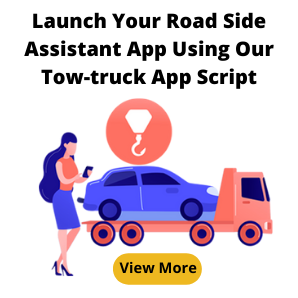